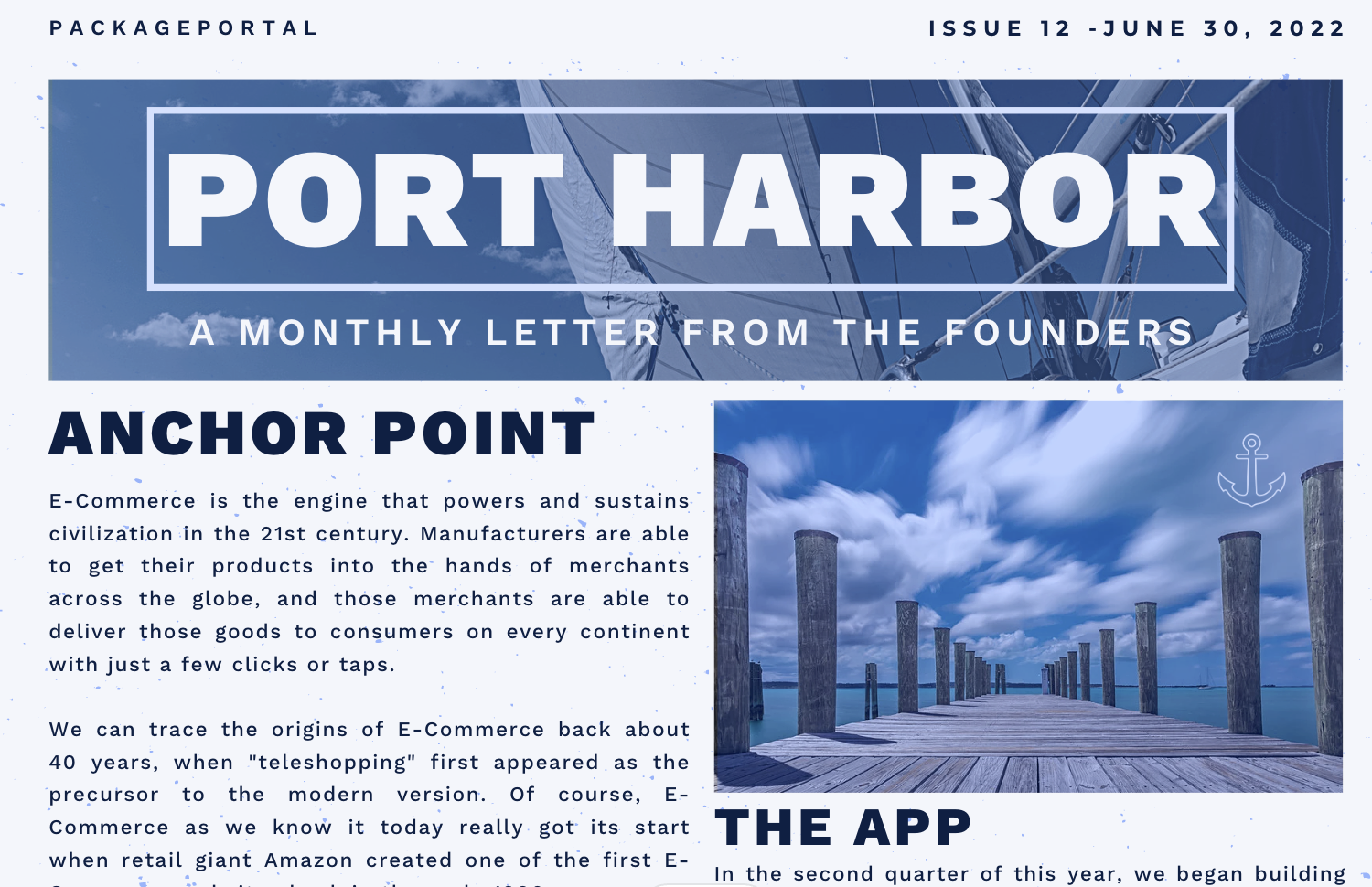 A Monthly Letter From the Founders

E-Commerce is the engine that powers and sustains civilization in the 21st century. Manufacturers are able to get their products into the hands of merchants across the globe, and those merchants are able to deliver those goods to consumers on every continent with just a few clicks or taps.

We can trace the origins of E-Commerce back about 40 years, when “teleshopping” first appeared as the precursor to the modern version. Of course, E-Commerce as we know it today really got its start when retail giant Amazon created one of the first E-Commerce websites back in the early 1990s.

But as far as the industry has come in these few decades, we are still in the early days in the grand scheme of human history, and there is much evolution yet to be manifested.

PackagePortal’s sole aim is to join hands with those who are spearheading this evolutionary journey. We’ll accomplish this by handing control over the delivery experience to consumers, and by empowering the merchants with analytical data that increases their efficiency and post-purchase engagement.

Challenging the status quo is how new ideas become standard practice. Jeff Bezos knew this when selling books online, before most gave it a second thought. Tobi Lutke knew this when trying to sell snowboards online, but needed better tooling for storefronts. Today, Amazon and Shopify are two of the biggest and most powerful companies on the planet, yet they both began with very humble beginnings, as builders refused to accept “normal”, and sought to make things better. PackagePortal is our attempt at the same, by refusing to accept standard delivery and consumer data exchanges.
-Semper Progrediendo-

In the second quarter of this year, we began building on the foundation of the survey engine that we released in the previous quarter. This new phase of the PackagePortal platform will be realized as a groundbreaking new Shopify App!

As we near the release of that plugin, we are excited to share a bit more about how it will function. Our presence on the Shopify app store will:

Being in Shopify’s marketplace gives us direct and instant access to over 1.7 Million merchants globally, and provides our innovative tooling to those retailers right inside the interface that they already use daily for their order tracking and customer support practices.

What’s more, is that this also sets the scene for us to build additional layers of integrations with other e-commerce marketplaces such as ZenDesk and Intercom. We are targeting July to release a version that can be tested by beta merchants.

As I write this, we’ve just crossed the 3 year anniversary of Package Portal Inc.’s corporate founding on June 27th of 2019. Three years in crypto is a very long time, and feels similar to dog years with each crypto year being more akin to multi-year periods of any normie’s calendar.

During this time, our small team of four has produced a tangible amount of output with little to no help from those who designed the blockchain protocol we launched on. Startups are hard; crypto startups are harder, and those that exist outside of Ethereum are the hardest. But we’ve stuck with it for 36 months and counting, and have no plans to stop now. However, the time for us to expand beyond Zilliqa is fast approaching.

Our Lightning Integration and Ethereum expansion are both progressing quite nicely. The engineers have continued to churn out code and ship features that would be praised and applauded in circles outside of the isolated walls of Zilliqa, and this fact will soon become evident as we incorporate Ethereum and Bitcoin directly.

Additionally, our Shopify plugin has moved from merely a concept, to nearly being ready for review and being published in their App Store. Having already provided immense value to the end users of our app til now, our focus is now shifting towards value accrual for e-commerce merchants and brands. We will have more details about how it will work, what it will offer, and how daily use of the app will evolve, as the summer heats up.

PORT’s market cap and token price have both suffered immense loss since the start of the year. It’s a bewildering thing to witness the continued progress of development and real world applicability not being reflected in these metrics, particularly when so many ponzi schemes and vaporware projects have seemingly thrived. Nevertheless, we are confident that as markets normalize, in parallel with us expanding outside of the Zilliqa network, that the broader crypto community will begin to take note.

Amid the industry wide turmoil, our exchange listings were paused weeks ago, as we allow time for markets to heal and for investor confidence to return. We think we’re getting very close to that time now, and are excited to resume those processes soon, and get PORT in front of the rest of the world.

Ethereum based PORT on CEXes should be the linchpin and catalyst for global adoption of this platform. Consequently, the extremely low liquidity of the token on the current active DEXes should in theory produce a sharp and fast recovery, as we seek to make PORT a household name.

If you venture into the jungles of the Yucatan Peninsula, you’ll discover one of the 7 Wonders of the World — Chichén-Itzá. These ancient Mayan ruins predate modern civilization and have stood the test of time, weathering centuries of storms deep in hurricane territory.

There’s an analogy here that aligns tragically with the current state of the crypto market, and projects in the space. Having been built with a strong foundation using solid materials, Chichén-Itzá has been preserved for more than a millennia, and still attracts thousands of visitors each month who come to witness the wonder of its sturdy design to this day.

In contrast, the current turbulence in the crypto climate today has revealed that many of the towering structures in our space, were not so soundly designed, as we’ve recently witnessed the historic crumbling of these houses built with sand (and a few arrows), rather than stone.

Luna, Celsius, BlockFi, Voyager, and others, have all been stripped of their fanciful stature, being exposed by the collapse of 3AC. These projects that were once touted as giants of the industry, have been mercilessly beaten by the gale force winds of hurricane season, and have decomposed right before our eyes in a matter of days and weeks, not decades.

Whether due to poor business models, or reckless over leveraging by fiduciaries, the elements have taken their toll, and quickly eroded any sense of stability that was shortly veiled by lofty valuations and VIP endorsements. What remains now are merely piles of rubble and dirt, with countless lives negatively impacted. It’s ironic that the Mayan Ruins remain largely intact after a thousand years, while these crypto projects have come to utter ruin so swiftly.

As the years go on, storm cycles will continue, and we will see more devastation among projects that have a veneer of strength, but are internally nothing more than sand. This is why PackagePortal’s service backed model for the 21st century’s most important industry (e-commerce), is such a strength. Neither the deep frost of winter, nor the blistering heat of the summer sun, can tear down what has been built with purpose and thoughtful design, and adds real value — not perceived value — but tangible value to merchants and consumers across the globe. 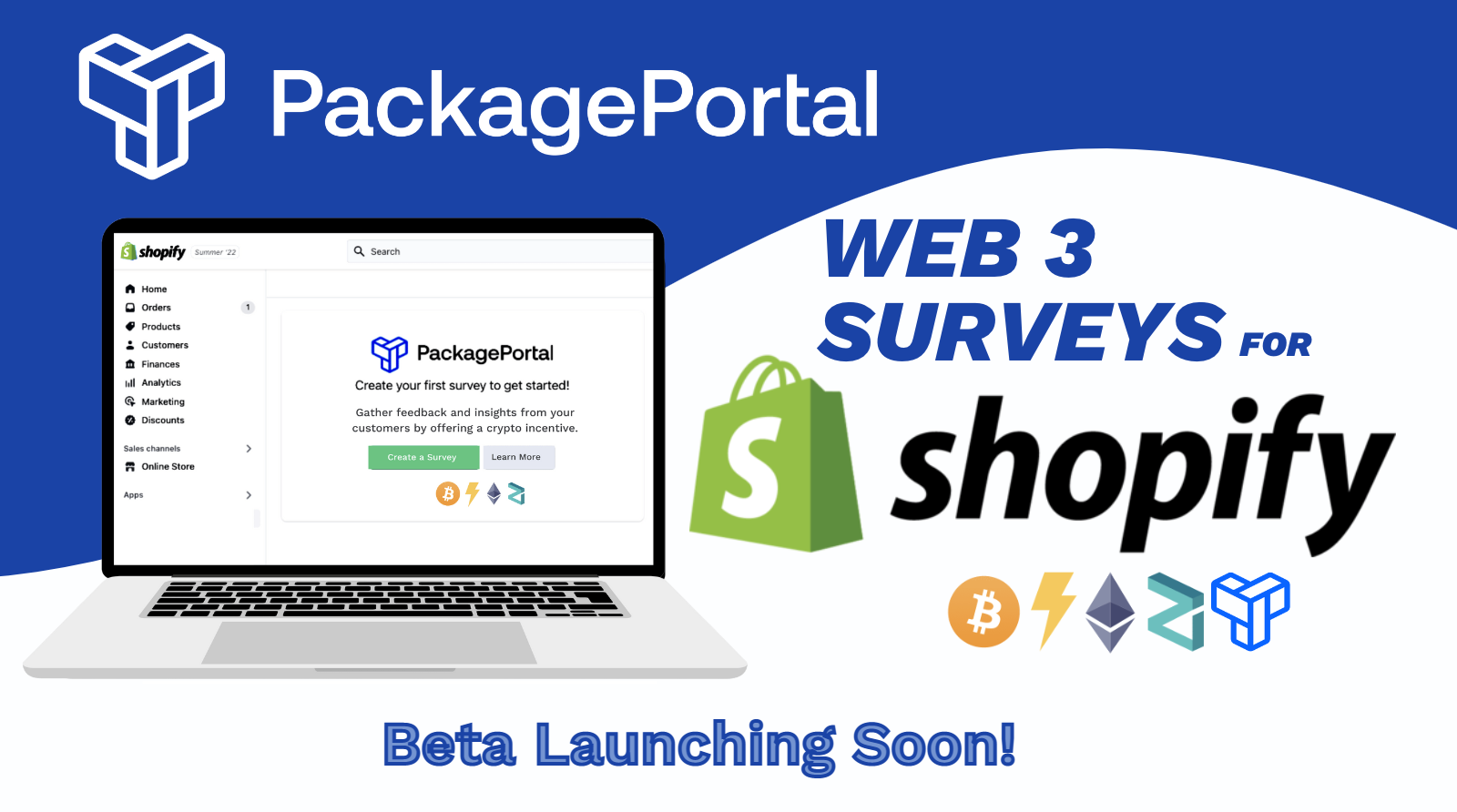 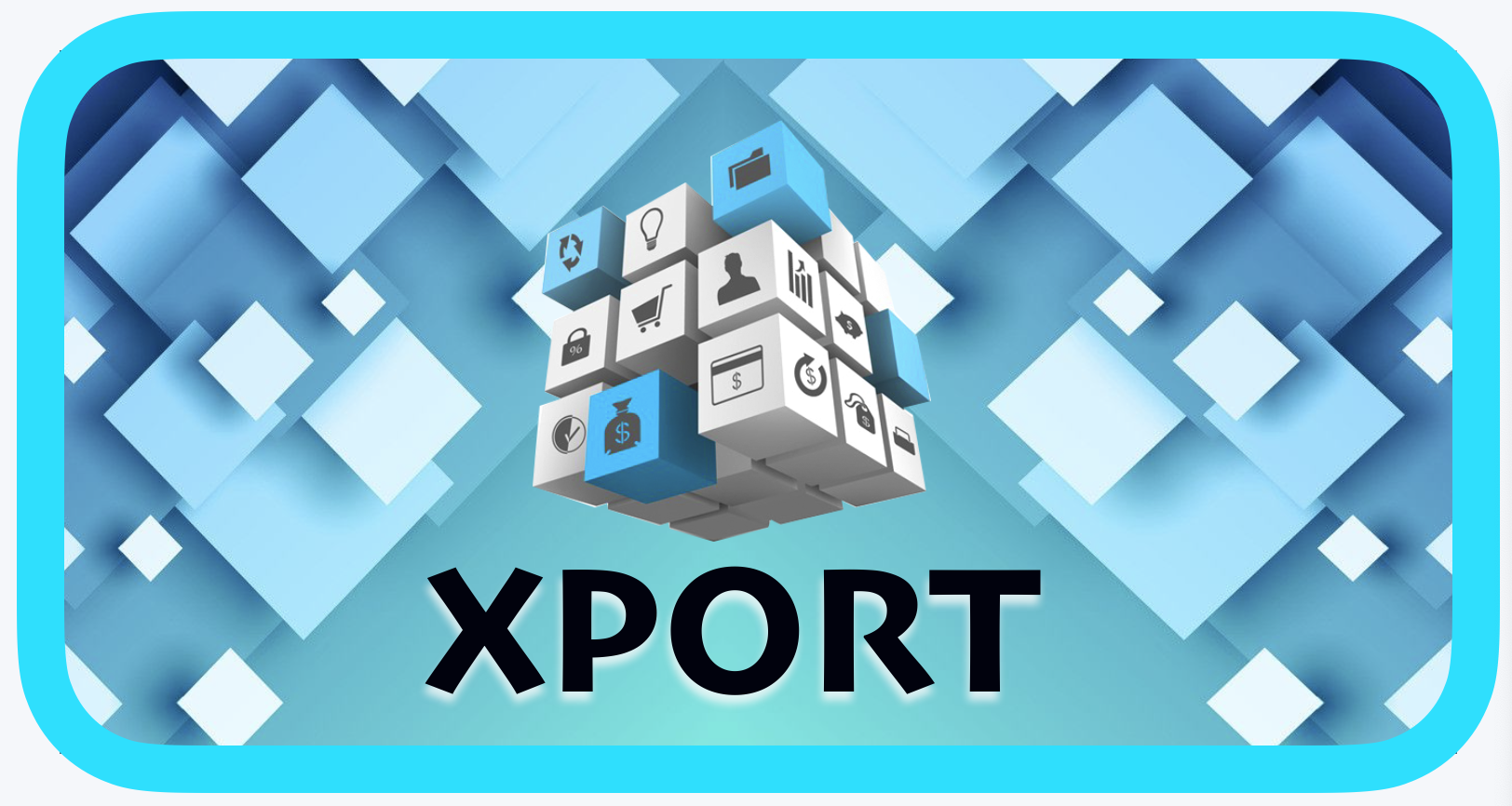 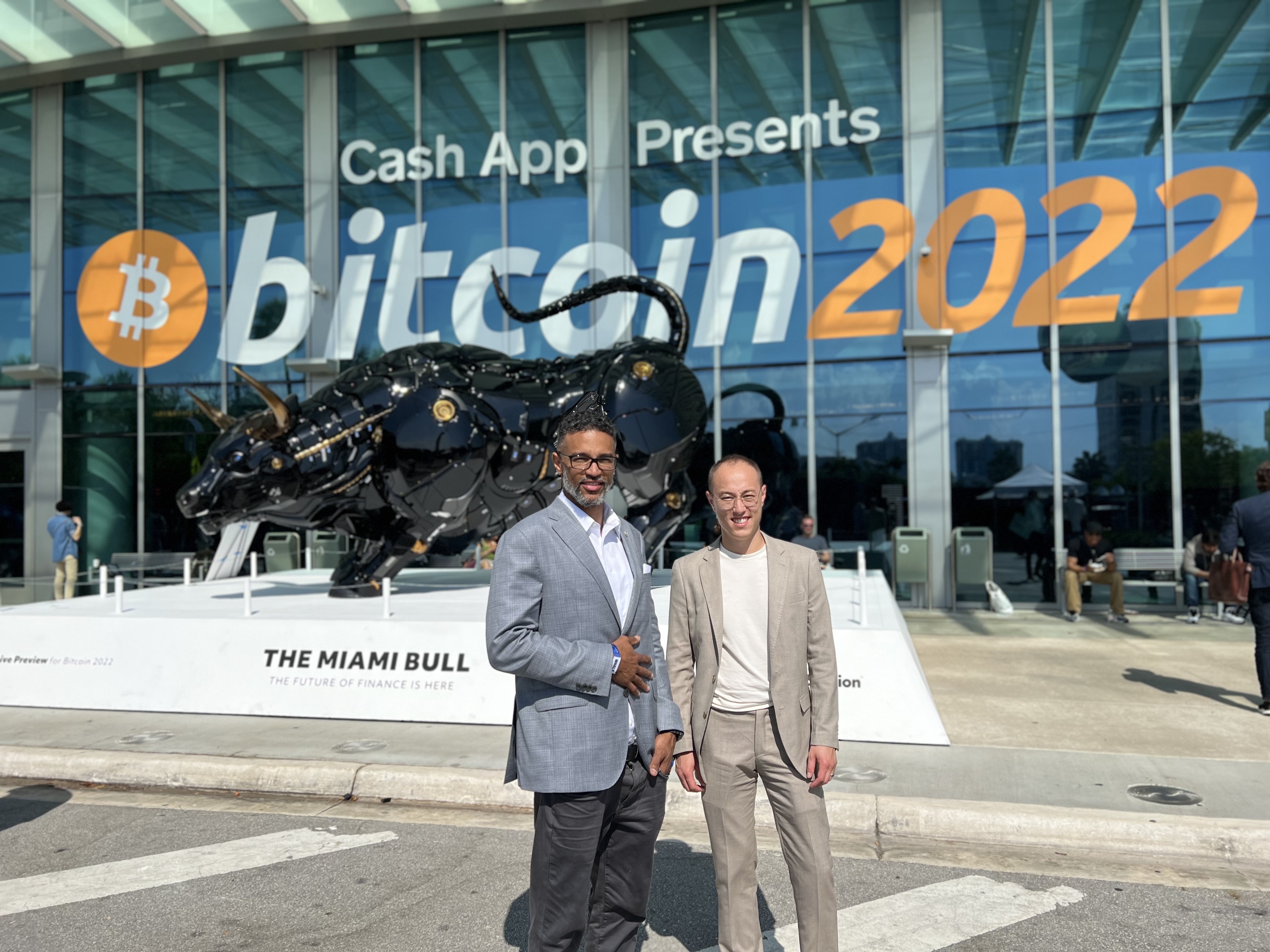